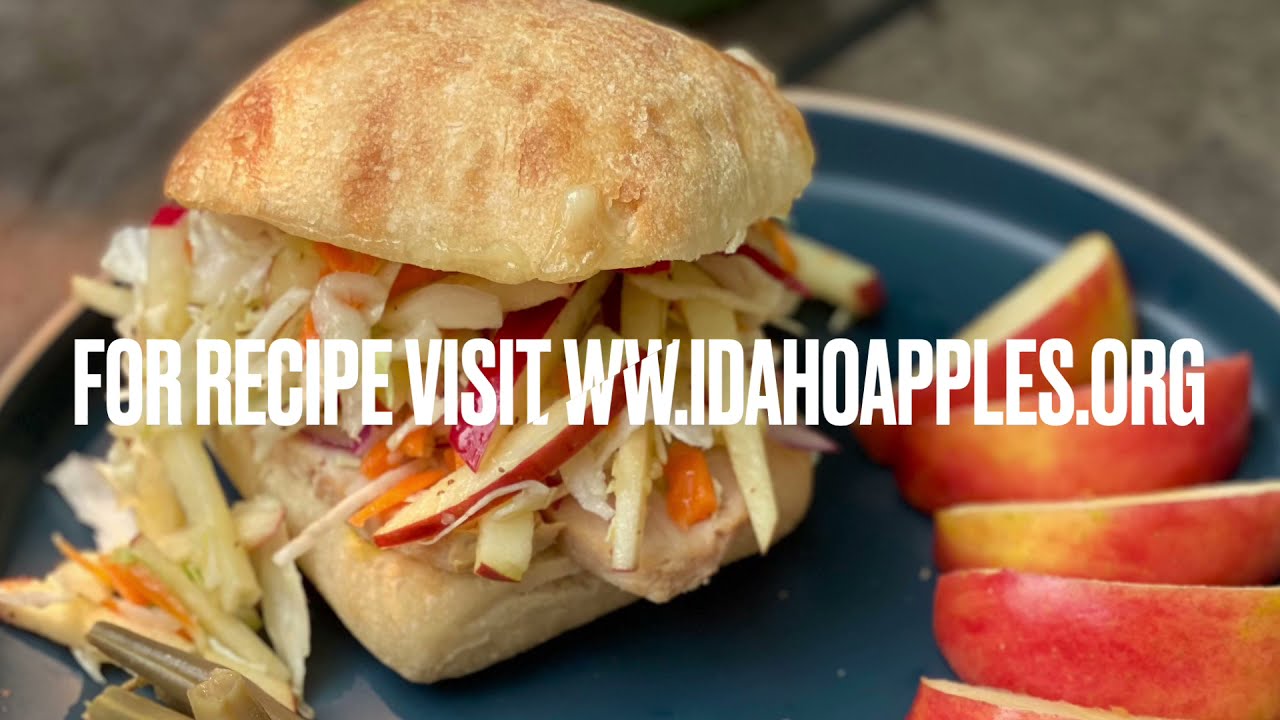 Try this elevated version of a normal grilled cheese. Top it all off with a fresh and easy Idahoapple slaw.

To Make Sandwich: Preheat broiler to 350 degrees. Cut Ciabatta roll in half and spread each side of roll with Dijon mustard. Place sliced turkey on bottom halves of rolls and sliced cheese on the other halves. Broil just until cheese is melted, about 5 minutes. Remove sandwiches from oven. With tongs, pile on ½ cup slaw onto the turkey side of rolls. Top with toasted cheese half of roll and serve immediately with any remaining slaw. *may substitute pre-packaged slaw mix for shredded cabbage and carrots

You'll be hearing from us soon.