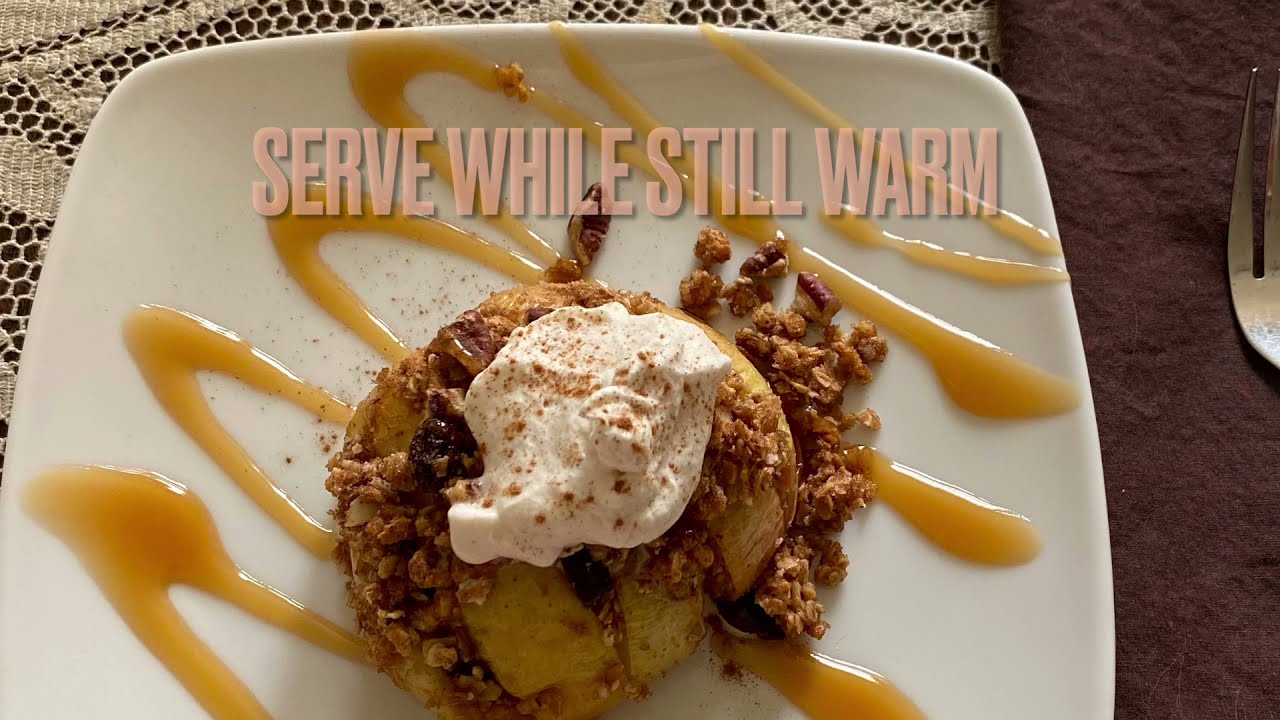 Don’t have time to bake an apple pie! Try this easy and equally yummy baked Idaho apples. Topped with granola, caramel sauce and cinnamon whipped cream no one will miss the crust.

Cut apples in half vertically and remove cores. Line a baking sheet with parchment paper or baking mat. Preheat oven to 350 degrees.

On a cutting board, place each apple slice cut side down and score to create slits in apple, but do not cut all the way through so that apple halves stays together in one piece. Brush each apple with butter, using about 2 Tbsp of the butter, making sure some drizzles into slits. Combine brown sugar, cinnamon and nutmeg in small bowl. Using about half of the mixture, press into each apple half and into the slits.

Place apple halves onto prepared baking sheets and bake about 20-25 minutes or until apples are tender. While apples are baking, combine remaining melted butter, remaining sugar cinnamon mixture and granola.

Remove apples from oven and allow to cool slightly. When cool enough to handle, stuff granola mixture into each slit and sprinkle and press in the pecans. Return to oven and continue to bake until granola becomes crunchy and browned and apples are soft – about 7-9 minutes.

When apples have finished baking, remove from oven and allow to cool slightly. Remove each apple half from baking sheet with metal spatula and place on individual serving plates, drizzle lightly with caramel sauce and top with a dollop of cinnamon whipped cream.

You'll be hearing from us soon.